Estate Planning and Tips When A Family Member Has Dementia

When we visited my father Lyle Andersen at a life care center in Bozeman, Montana, in late December 2021, we did not know that within a day or so we would receive a call that he had gone into hospice. I did not know it would be the last time I saw him before his life ended on Jan. 2, 2022. He was 86 years old. 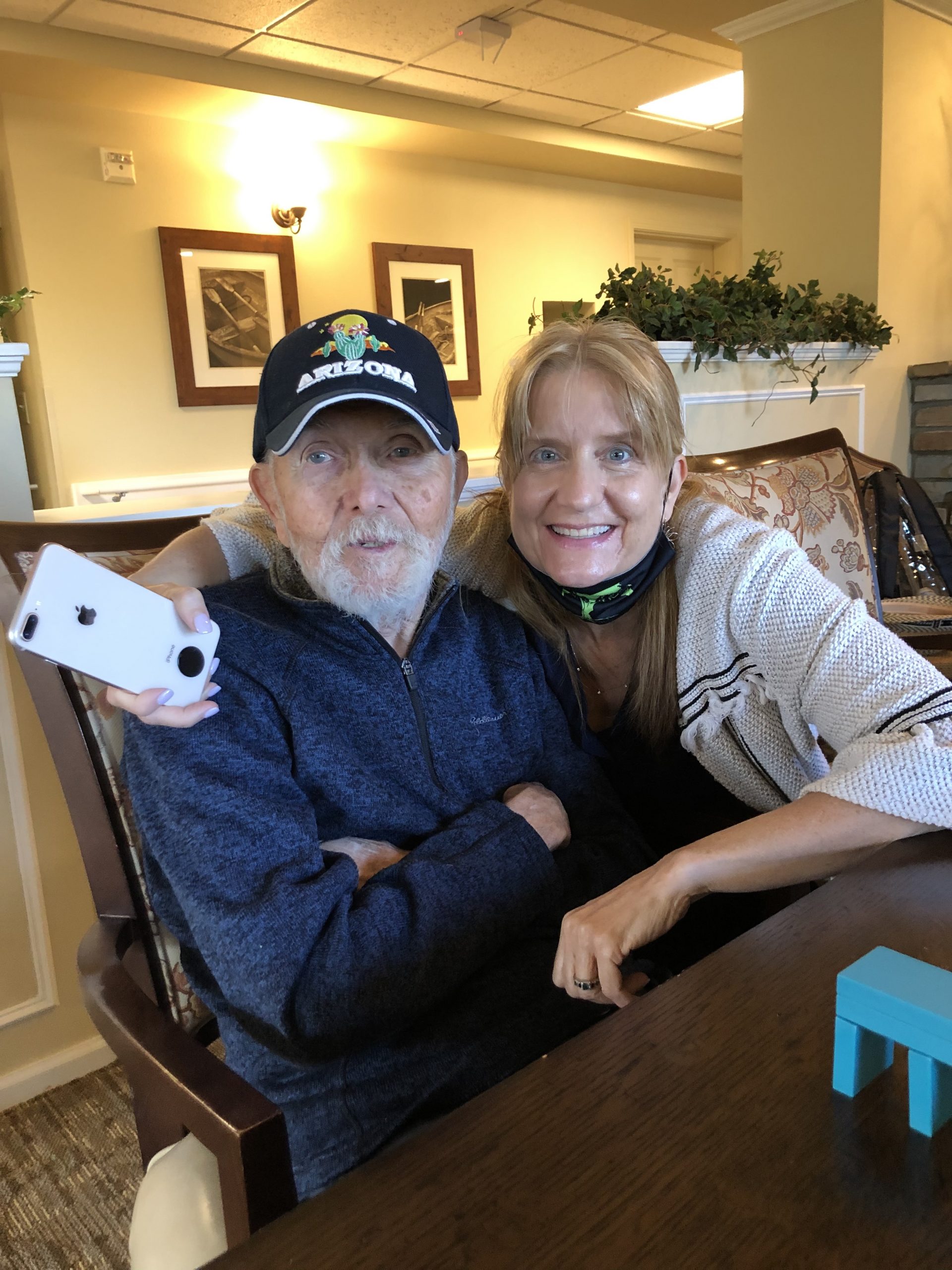 The cause of death was a broken hip bone but also the culmination of a long and valiant struggle with dementia – his mind and then his body slowly breaking down.

In the case of Alzheimer’s disease, which may or may not have been my father’s condition, the disease begins by destroying memory-related neurons and their connections in the entorhinal cortex and hippocampus. It later affects areas in the cerebral cortex responsible for language, reasoning, and social behavior. Ultimately, it is fatal. (See National Institute on Aging, U.S. Dept. Health and Human Services, “What Happens to the Brain in Alzheimer’s Disease?”)

I witnessed my father’s loss of cognition affect the place of his highest level of thinking. The brilliance with mathematics (he was a tenured math professor), the quick wit, the sage advice, the lifetime of memories and knowledge of what made each member of our family so uniquely known and loved by him.

In his last years, instead of calling me by name or even knowing I was his daughter, my father would say things like “I know you. You are a nice person.”

That was not even the hardest part for me. What was harder for me was realizing that a person can literally live for years as a different person who is no longer in control of their thoughts, can no longer access their memories, is seriously impaired. Who are we when we lose our “mind” so to speak in that manner? Come to think of it, who ARE we really? And, of course, the thoughts that this could happen to us.

Alzheimer’s Disease, Dementia and the Family

Alzheimer’s disease is the seventh leading cause of death in the United States, although some think it may be as high as third or fourth leading cause after heart disease, cancer and COVID. (See Center for Disease Control, Leading Causes of Death, Mortality in the United States 2020.)  Other dementias include Lewy body dementia, frontotemporal disorders, and vascular dementia or a combination of two or more types of dementia. (See National Institute on Aging, U.S. Dept. Health and Human Services, “What Happens to the Brain in Alzheimer’s Disease?”)

The Economist characterized the rising prevalence of dementia as a global emergency, stating that almost 2 percent of 65- to 69-year-olds have dementia and the risk of developing it doubles every five years after that. At present, about 50 million people around the world have the condition, a number expected to rise to 82 million by 2030 and 150 million by 2050. Most of the new cases are in the developing world, where populations are rising and aging. 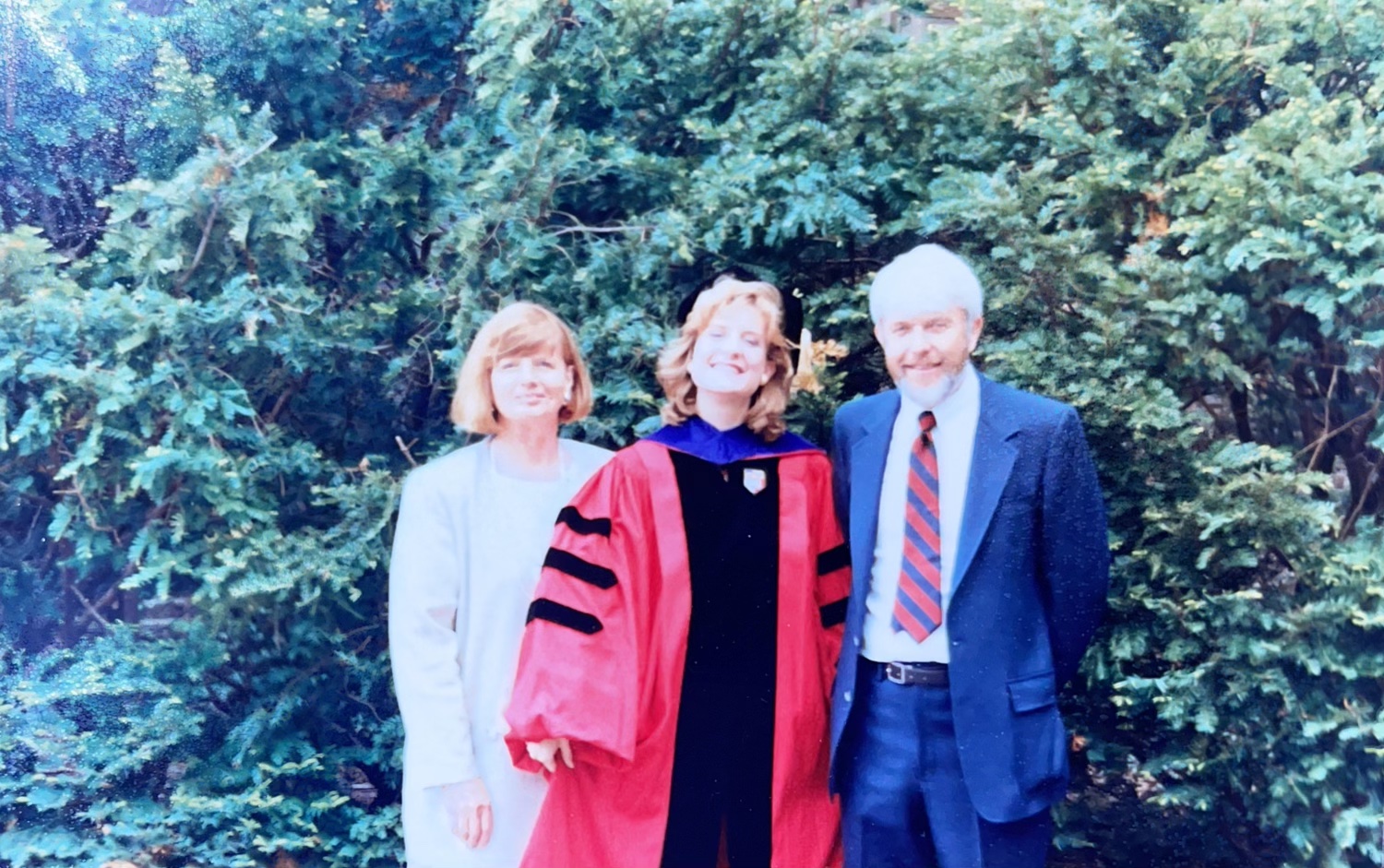 My parents and I celebrating my graduation from Cornell Law School in 1988.

As tough as witnessing my father’s decline may have been, the effect on my entire family, and especially my mother, was one of the most difficult challenges. My mother was his full-time caregiver. As the disease progressed, he kept her on her toes from sunup to sundown as If caring for a newborn. And when the time came for him to live full-time in a care facility, that was hard too. We no longer knew what was happening and we missed him. We could not control much of his day-to-day. It was always a surprise when the next time we saw him, he no longer wore a beard or had abandoned his favorite Montana State University hat for someone’s Arizona hat featuring a cactus.

The fact is that caregiver burnout, financial hardship, physical risk, legal issues, emotional trauma and other hardships can arise when a family member suffers from dementia. Being proactive can help the entire family weather this storm without being devastated. 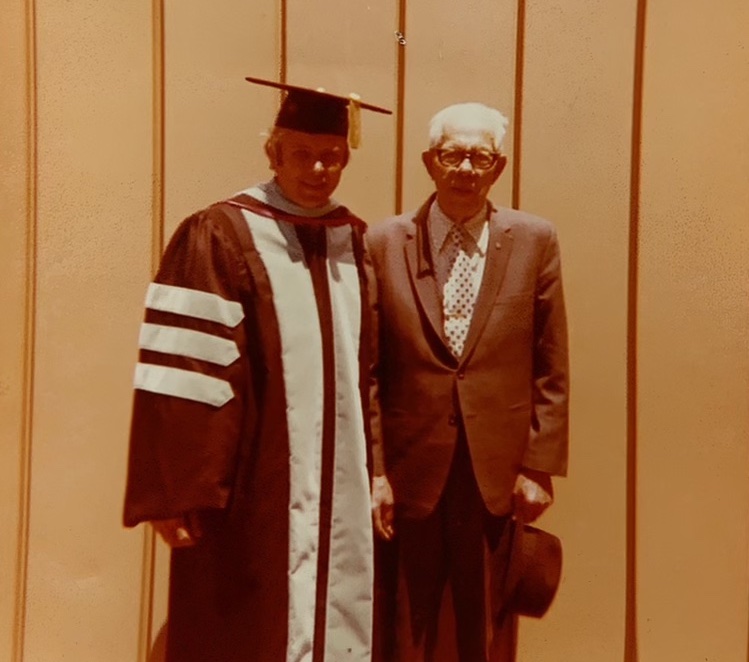 My dad and his father after my dad graduated with his PhD from Denver University.

How to Prepare for and Address Dementia in a Family Member

For my family, fortunately, my parents had a great estate plan in place. This made the transition so much easier. Here are some pointers I would like to share for those who have a family member who is facing dementia.