Estate Planning: Protect Yourself From Accidentally Remarrying Your Ex And Leaving Them Everything!

A recent Colorado case makes clear that you should revise your will and make your status with your ex very obvious or risk a probate case after you die. As a firm that handles divorces and wills, we know how this can play out and ALWAYS advise our clients to update their estate planning documents after divorce. The following is a tale of woe that involves someone who did not follow this advice.

When you get divorced, Colorado law operates to remove your ex-spouse from your will absent clear intent otherwise. (See CRS 15-10-804) This is called “revocation” and the idea is that after divorcing, you do NOT intend for your ex to inherit or have an appointment under the will. 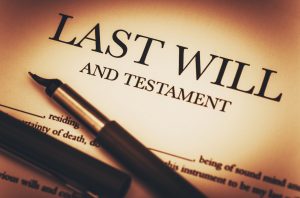 We encourage our clients to revise their wills to make their intentions clear and not to rely on the revocation statute. Without a clear-cut will, things can get confused and a court may have to sort out your true intention. For example, look what happened to Caroline Little.

Recently, a Colorado man alleged that his ex-wife intended to common law remarry him and leave him everything in her will, even though they were divorced. The wife, Caroline Little, had a will during her marriage and it left her husband at the time an inheritance. When they divorced, the revocation statute removed her husband, who was now an EX-husband, and he was no longer to inherit.

However, after Ms. Little’s house burned down, she moved into a separate bedroom in her ex-husband Jeffrey Curry’s basement, using insurance proceeds to pay him rent. There was a lot of evidence that they were NOT married and the trial judge agreed. For example, she identified herself as divorced in a government form, referred to him as her “ex-husband,” and filed separate tax returns. She did NOT revise her will to take him out when they divorced and she did not revise her will to add him back in at any time to counter the revocation statute. See Estate of Little, 17 CA 864 (Ct. App. Div. V November 29 2018)

Big mistake. It turns out that Ms. Little should have revised her will to make her intentions clear.

Sadly, a couple months after Ms. Little’s house burned down, she died. Given the revocation statute, which removes an ex-spouse from the will, it would seem clear the ex-husband Jeffrey Curry did not inherit, right?

Not so fast. Mr. Curry took the case to court and said Ms. Little and he were common law RE-married. He pointed to a Colorado case that says it is EASIER to prove common law RE-marriage than plain old common law marriage. In re Estate of Peterson, 148 Colo. 52, 365 P.3d 254 (1961.) Wait — what?

As a divorce attorney, I find the Peterson holding a bit confounding. NO divorced person comes out of that process saying, “Boy, now that we went through that, I really want to get back together. In fact, if in doubt, assume we are remarried. As a matter of fact, if I move in with some random person I did NOT divorce, I probably do NOT intend to be married. But I tell you what, if I so much as rent a basement apartment from that person I just divorced, you can pretty much assume we are back married again. Oh, and if I die a couple months later, reform my will to give my ex everything!”

Not one of my clients says they want to be presumed remarried. But, just so you know, in Colorado, it is EASIER to prove common law RE-marriage than common law marriage according to the Peterson case. (By the way, I am not sure the standards of proof in Peterson are adequately defined much less differentiated. Suffice it to say, it is an issue of fact and that can mean a long, expensive hearing to figure out if you are remarried.)

On appeal, the Little court agreed there was NOT a common law remarriage. They upheld the trial court’s decision that Ms. Little had not intended to remarry her ex.

While the appellate court agreed in Little that there was no common law remarriage, Mr. Curry was not so easily deterred. He argued that Ms. Little INTENDED to put him back in her will, whether or not remarried. There is a law for that situation: CRS 15-10-804, the reformation statute. The trial court in Little said Mr. Curry did not have standing to argue this in court (standing in probate means you are an “interested person” able to go to court to argue your case). The Little appellate court reversed the trial court and held that Mr. Curry DID have the ability to go to court. They remanded the case to the trial court to see if the reformation statute warranted revising the will. I can imagine Mr. Curry is right now getting his evidence and arguments ready for his next day in court.

I do not know if Ms. Little wanted her will reformed. I DO know that if she had hired Andersen Law PC or any good lawyer to revise her will to make her intentions clear, court could have been avoided. And a cohabitation agreement could have avoided a lot of this confusion too.

Moral of the story?

When you get divorced, revise your will. When you move in with your ex, consider a cohabitation agreement unless you want to be common law remarried. If you want your ex back in your will, make that clear by revising your will. If you DO want to common law remarry but do NOT want to leave your ex everything, again spell it out in your will. Am I being crystal clear? Spell out your intentions about your ex with a will written by an attorney who understands divorce law, common law marriage law, estate planning AND probate litigation. That’s Andersen Law PC.

Once you are deceased, you do not get to speak up. Take care of business before it is too late. Especially if you do NOT want to accidentally common law remarry your ex and leave him or her EVERYTHING!