You Say “I Do,” We Say “Prenup”: Things to Know Before Deciding If You Need a Prenuptial Agreement

So you are planning to get married? While a premarital or prenuptial agreement (often called a “prenup”) may not sound like the most romantic thing in the world, I believe these agreements can actually make the marriage more likely to succeed.

Money arguments are a leading cause of marital tension according to a 2015 study by SunTrust Bank. And a January article in Business Insider reported money arguments as one of the top indicators a marriage is headed to divorce.

A prenuptial agreement forces the parties to literally get on the “same page” about money — addressing financial issues and coming to agreements. If you can do this, I believe, you have taken a critical step toward a healthier marriage. 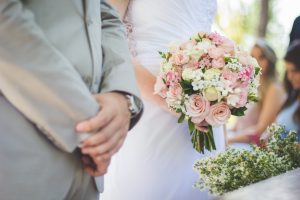 Usually, the party who is the higher breadwinner is the one who wants to protect that wealth with the prenuptial agreement. In fact, family and business colleagues may insist on such an agreement to protect their own financial stake in the marriage. I have seen these agreements make a divorce go far smoother and be more affordable than it would otherwise be — all issues already resolved. Definitely better than a drag-out fight over assets in the event of divorce. And with the current odds, no one can argue the good sense of preparing for something that, sadly, has a statistical likelihood of occurring, as much as we do not want to sell short any marriage.

The other party, the one bringing less income or fewer assets into the marriage, may actually benefit by such agreements as well. For example, the agreement can assure some financial security and peace of mind in the event there is a divorce or even death. Again, I have seen these agreements protect a party from losing their stake in a home and their access to certain assets where the law otherwise might not have been as clear.

Colorado law is clear that a premarital agreement must comply with many criteria in order to be enforceable. And, of course, you want the agreement to be enforceable. I have seen agreements prepared online that lack all critical components and led to more litigation. Do not cut corners up front; it’s far too risky!

If you elect to have a prenuptial agreement, keep the following in mind:

Want more information? Call me at 720-922-3880 for a free consult. I will happily explain how a premarital agreement can work for you.