12 STEPS OF DIVORCE: Step 12 – QDROs and Other Post-Decree Issues 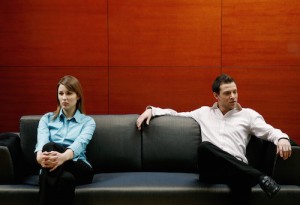 Angela Aingel was on the way to meet with her FINANCIAL ADVISOR and her ESTATE PLANNING ATTORNEY. She thought that once she settled her divorce case in mediation, she was D-O-N-E done.

Not true. The attorneys and parties ended up negotiating details of the divorce SEPARATION AGREEMENT and PARENTING PLAN for days afterward. Then they had to file court papers like the DECREE, AFFIDAVIT FOR DECREE WITHOUT APPEARANCE OF THE PARTIES, CHILD SUPPORT WORKSHEET and SUPPORT ORDER. Even then, the divorce was not final until the judge signed the DECREE and made it official.

Once that all happened, Angela and her ex-husband were officially divorced.

Angela then learned from her attorney that even though she was officially divorced, she still needed to follow up on things. Angela had a lot to do.

Buzzing about in her car, working on all her post-divorce activities, Angela caught sight of her friends Desdemona and Draco DeVille coming out of Starbucks. Those two had gone through the divorce from hell. They hated each other.

The last time Angela had spoken to Desdemona, it was after a court appearance where BOTH Draco AND Desdemona managed to come out of the courtroom saying they had “lost the divorce.” Desdemona had said she wanted Draco’s head impaled on a stick and Draco had said he wanted to see Desdemona in the seventh circle of hell.

And yet, as Angela looked at them with her mouth hanging open, Draco and Desdemona were holding hands.

She texted Desdemona, “back togthr?”

Angela shrugged. She would never understand the DeVilles. Meanwhile, she had her own post divorce check list to accomplish.

Estate Planning Documents: Angela’s attorney advised her to revise her WILL. Under Colorado law, once a person is divorced, anything in the LAST WILL AND TESTAMENT mentioning a former spouse is no longer valid. Angela had left everything to Art and appointed him as her PERSONAL REPRESENTATIVE. That went out the window, so now she needed to rewrite these documents. Luckily, Angela’s family attorney was also an estate-planning attorney who agreed to do these things for her at a fair rate.

Angela was pretty glad that Colorado law made that change on her behalf. She definitely did not want her ex-spouse inheriting everything she had and deciding how to probate her estate and run her funeral. What if Art remarried? His new wife could get everything!

On the other hand, her backup choice had been Art’s brother. She did not want him doing it either. And that is what would have happened if she did not change her will. She pictured Art and his brother making decisions on how to spend everything on both of their new wives, who would probably be half their ages, both of them having had divorces. Not a great plan.

Non-Probate Designations: Angela learned that she had to change the BENEFICIARY DESIGNATIONS on her investments and retirement. For example, as a teacher, Angela was eligible for PERA. She also had a small 401k from a pre-marital job that she was keeping as her separate property. Both of these named Art as BENEFICIARY meaning he would get the funds if Angela died.

“If I just change my WILL, isn’t that enough?” Angela asked her attorney.

The attorney responded that unfortunately this is not the case. You have to change the designation on each item. For example, if your spouse is the beneficiary on an investment account, you must change it or he will get it when you die, regardless of what your will says.

As if to scare Angela into action, the attorney mentioned a situation in which a man neglected to change his beneficiary on several retirement accounts from his ex-wife to his children from a prior relationship. When he died, his ex-wife got everything. And had she died before him, her children would have received everything instead of his own children. Truly unfair.

Angela lost no time in making these changes. In no way did she want Art getting the account she had negotiated so hard to keep. The thought of him remarrying and spending that money on a new spouse was all it took for Angela to move that item up to the top of her to-do list.

As part of the divorce agreement, Angela was getting a nice sum of money from Art’s retirement plan. She did not want to pay taxes on it, however, and her attorney had explained how to make this happen. The parties agreed to have a third party prepare a QDRO for the IRS. The QDRO would set forth the value of Angela’s share of the retirement at the time of divorce.

Angela asked her attorney to write the QDRO; however, the attorney explained that this should be prepared by a tax attorney or CPA with expertise in the area.

Angela wondered if Art could do it, but again the attorney explained that drafting a QDRO is complex and, perhaps more importantly, can expose the person writing it to risk if done improperly, not to mention possible tax consequences to Angela. The attorney gave Angel a list of names of QDRO experts.

Angela contacted the expert. He said the price was $750, which Art and Angela had decided, in their separation agreement, to divide evenly. He needed certain information: the name of the plan and where it was located, the social security numbers for both parties, the address where any money was to be disbursed.

Angela also learned that she needed to put the money from the QDRO into another retirement plan in order to avoid paying taxes on it.

Angela had never done her own investments. Her attorney referred her to three FINANCIAL ADVISORS that she thought would be a good match for Angela. Angela spoke to each of them, meeting with the one she liked the best. Together, they selected a Mutual Fund that was also a 401(k) for the funds.

Because both Art and Angela had worked for the government, they had other investment accounts, pension plans and insurance. Art had CORREA and FERS. Angela had PERA. While not dividing these accounts, Angela learned that a QDRO would NOT work in these situations. For example, for FEDERAL BENEFITS, one usually had to prepare special orders in accordance with the requirements of the OFFICE OF PERSONNEL MANAGEMENT (OPM).

And there were lots of important deadlines a party would not want to miss. Angela was thankful her attorney could walk her through a lot of this. Getting divorced was confusing and the post divorce issues were just as confusing.

After the QDRO was submitted, it took over a week for the judge to sign it. It was then sent in to the administrator for the plan. At long last, weeks later, Angela got her check and ROLLED IT OVER into her own retirement.

It felt good to take that step toward independence: having her own retirement account in her sole control.

Deadlines in the Separation Agreement

After divorcing, Angela’s attorney told her to review the SEPARATION AGREEMENT and PARENTING PLAN, calendaring each date and deadline.

Angela did exactly that. She was surprised at how many things needed to be done, just like during the divorce itself.

The ski condo needed to be listed for sale by a certain date, requiring her and Art to sign the listing agreement and get the house show ready.

Each party had to sign over the title to one of the cars, which they owned jointly, to the sole name of the other party two weeks after the divorce.

Art had to box up some of Angela’s items from the storage unit and get them to her.

Angela had to close out a bank account and divide the proceeds between them.

And there was no end in sight: every time either parent had to pay a school, medical or extracurricular activity for the kids, they had to get the receipts to the other parent within 30 days and then the other person had 30 days to refund the costs.

Everything about the kids was to be discussed on a site like TALKING PARENTS {{link}} or PARENTING WIZARD {{link}} — a permanent record of their conversations kept for posterity.

Post-divorce was hard but, in the case of Art and Angela, it was easier than struggling through a marriage that had truly ended years earlier.

As Angela worked on her divorce list, her former husband Art was doing the same thing. Art had a lot on his mind including the fact that his friend Draco had told him he was back together with Desdemona, the wife he had just divorced.

After the hell Draco and Desdemona had put each other through, Art could not believe it.

Art did not have much time to ponder the mystery of Draco and Desdemona’s reconciliation though. Late that evening, his phone buzzed with a call asking Art if he would accept the charges for a call from an inmate at the county jail.

Art accepted, hearing Draco’s voice on the other end of the line.

“Hey, bro, you are my one phone call,” Draco said. “I need you to call my lawyer. Yep, that’s right, the one that I fired. The son of a gun is not taking my calls tonight for some lame reason! Oh, and one more thing, I need you to bail me out and give me a ride home.”

As always, Art agreed to help his friend in need. But not before asking, “What happened? And just when you and Des were getting along … ” Art realized that this was probably not the best assumption given the volatile history of Desdemona’s tornado up against Draco’s volcano.

“Um, let’s just say that did not work out,” Draco whispered into the phone. “Let’s just say we had a little misunderstanding which is why I am in here. And why I have a protection order. Oh, but get this, they arrested her too. I mean all I allegedly did — which I dispute — was take her cell phone when she was calling 911 and, OK, maybe throw it gently toward her general direction … but she threw a bottle of kombucha at me. That stuff explodes! And stings!”

Even Art, who had never had as much as a speeding ticket, knew from TV that you are not supposed to go on and on about your criminal case from the jail phone. But he also knew that Draco was not much for keeping his mouth shut no matter what the stakes.

“Oh, and one more thing,” Draco said before hanging up the phone, “Tell my lawyer to forget what I said about trying to unwind the divorce. It’s on! I cannot wait to take that woman back to court.”

Art felt his stomach turn. It seemed that Draco and Desdemona had unfinished business, or something like it, and could never get enough of court, drama and histrionics.

As for himself, Art realized that perhaps it was time to get a figurative “divorce” from his toxic friend Art.